13 dead in crush at Peru party raided over coronavirus violations 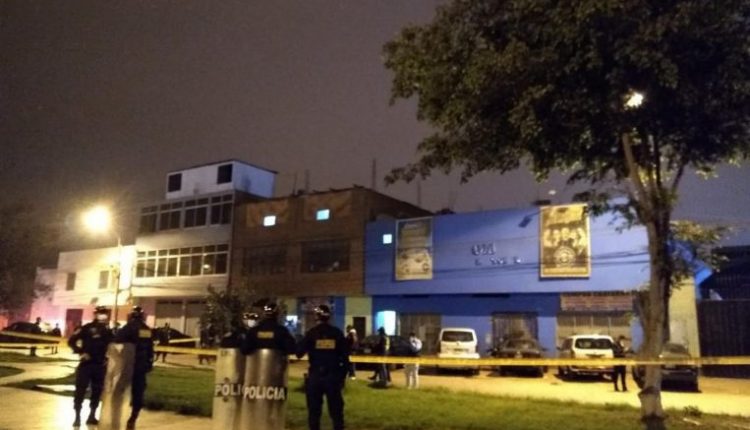 LIMA – At least 13 people suffocated in a crush during a raid on a nightclub in Peru’s capital where a party was being held despite a coronavirus ban on such gatherings, police said.

Latin America has been badly hit by the pandemic, and this month Peru reimposed stricter restrictions on movement.

The illegal birthday party on Saturday (Aug 22) was organised on social media and drew a crowd of around 120 at the Thomas Restobar, the interior ministry said in a statement confirming the 13 deaths.

“Faced with the police operation, which did not use any type of weapon or tear gas, those attending the party tried to escape through the single exit, trampling each other and getting trapped in the stairway,” the ministry said.

However, some who were at the party and others living near the nightclub in Lima’s Los Olivos district disputed the ministry’s version of events.

“It appears that police entered and threw tear gas canisters at them, and boxed them in,” one local resident told RPP radio.

Local media reported that the victims were in their 20s.

“It should never have happened. We are in a pandemic, in a health emergency. I am calling for the maximum punishment possible for the nightclub owners,” she told RPP.

The interior ministry said 23 people had been detained and that the authorities are trying to identify the organisers and the owners of the premises.

Peru, with a population of 33 million, has recorded more than half a million coronavirus cases and over 27,000 fatalities.

This month, the country re-imposed a curfew on Sundays in response to the rising number of infections.

A nighttime curfew has been in place since March 16 while the borders are closed and school classes have been suspended for the rest of the year.

Protests over security law as France reels from police…