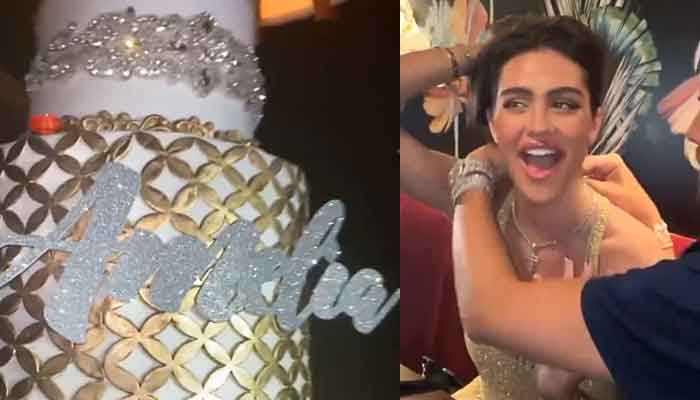 Amelia Gray Hamlin appeared to be happiest girl as she celebrated her 20th birthday in Miami alongside boyfriend Scott Disick.

The charming model, who turned 20 on Sunday (June 13), shared the stunning moment of the festivities on her Instagram Story on Saturday, June 12, showing fans a glimpse of her gold  outfit before heading to LIV nightclub.

In one f the photos , the two were seen getting cozy, enjoying loved up moments together on her auspicious day.

The model was looking amazing in in skimpy gold outfit  for a night on the town with her boyfriend.

The 38-year-old reality star has been spending quality time with his new girl since he was first linked to Amelia in October 2020 when the pair were spotted together at Kendall Jenner‘s Halloween-themed birthday party.

They  made their romance Instagram official in February while celebrating Valentine’s Day, having so much fun together.

Scott previously dated Sofia Richie for nearly three years before calling it quits in the summer of 2020. He shares three kids with another ex Kourtney Kardashian.

Amelia revealed how happy she’s with Scott Disick on  the Talentless co-founder ‘s  birthday in May as she wrote a heartwarming note: “You light up my life, and make my world better.”

News-tip Aug 29, 2022
SINGAPORE – Ensuring nations have reliable access to sufficient and affordable food will continue to be…

Ukraine says it has begun counter-offensive to retake Russian-held…

Grab expects growth to slow while it pursues 2024 profitability

Death toll in Lebanon migrant shipwreck off Syria rises to 100

Russia admits to draft problems as anger flares into violence

Porsche may be worth 33% less than touted IPO price