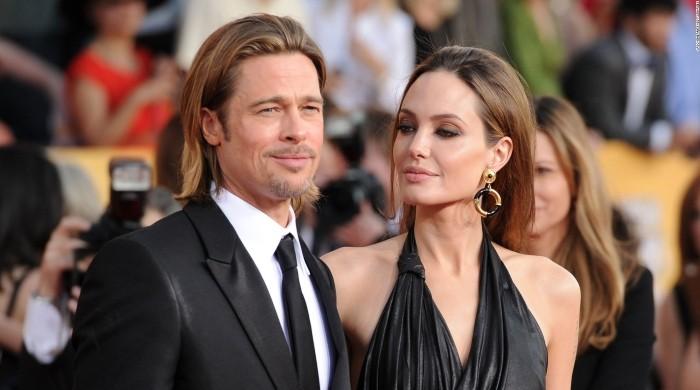 Angelina Jolie filed for divorce from Brad Pitt, and with that, the former lovers’ legal tussle started against each other in full force.

As Angelina and Brad battle it out in each court appearance, a member of the Salt actress’s family is hopeful the lawsuit with bring them together.

Actress Jacqueline Bisset, who is Angelina’s godmother,  said she is confident the former spouses will work it out for the sake of their children.

Angelina and Brad met each other on the sets of Mr and Mrs Smith in 2005 and fell in love with each other.

They dated for nearly a decade and nine years later, exchanged vows at Chateau Miraval in France.

However, they ended their marriage and sought divorce just two years after tying the knot.

Meanwhile, Brad is rumoured to be basking in the glory of love again with German model Nicole Poturalski.

“It’s doubtful Brad will ever get married again,” an insider explained. “They make each other happy, and it’s an arrangement that is working for both of them.”

MP calls for law to guarantee workers the rest they need

Kourtney Kardashian Said “No One Wanted” A Show About Her…

Demi Lovato admits she feels ‘the most beautiful’ sans…

Victoria Beckham makes fans want a lot with her fashion…

Janet Jackson selling collection of personal items in a…