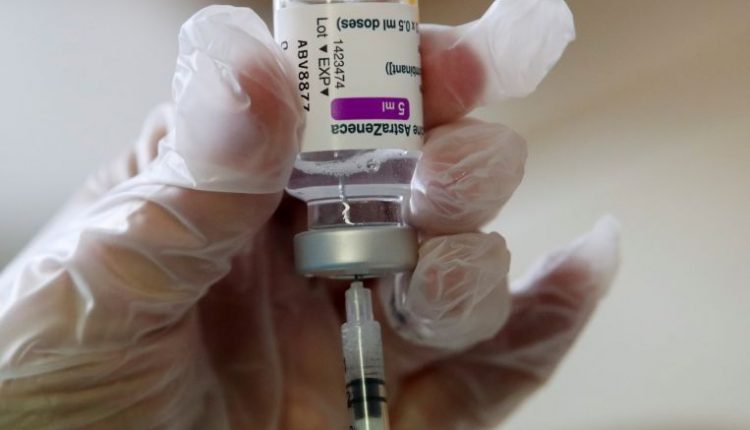 Reviews by UK and European Union regulators finding potential links to the unusual side effects are another blow for the shot, a cheaper and easier-to-deploy product that many nations are counting on in a bid to end the pandemic.

Safety concerns following increasing reports of blood clots in people who received the inoculation could shake confidence in it, even though regulators have agreed that the benefits outweigh the risks. Although many regions are turning their attention to vaccines from Johnson & Johnson and developers in China, Russia and elsewhere, they’re in a difficult position with demand for doses far outstripping supply.

“Better Astra than nothing,” said Michael Kinch, a drug development expert and associate vice-chancellor at Washington University in St Louis. “In an under-vaccinated country, I think you have no choice but to take it.”

Scrutiny of the vaccine, developed by AstraZeneca and the University of Oxford, has been particularly intense in Europe, where scepticism about shots was already running high in places such as France and Poland. The UK on Wednesday (April 7) recommended that people under the age of 30 should be offered alternatives to Astra’s vaccine, and countries across the EU have also imposed age restrictions.

Governments and regulators elsewhere are watching closely, too, and in some cases taking action. There’s a lot at stake, with AstraZeneca’s shot accounting for almost a quarter of the total supply deals signed for 2021, according to Airfinity, a London-based research firm.

Covax, an initiative designed to level global access that’s backed by groups including the World Health Organisation, is highly reliant on the AstraZeneca vaccine. Shots from Pfizer and Moderna are more expensive and harder to store.

Even before the results of the latest reviews in Europe, South Korea moved to temporarily suspend AstraZeneca vaccinations for people under 60.

Authorities in Canada, meanwhile, are reviewing the new guidance, as well as information submitted by AstraZeneca, and will determine further steps later, federal health ministry spokesperson Anna Maddison wrote in an email. Canada had suspended plans in late March to give the vaccine to people below the age of 55, citing blood clot concerns.

Regulators believe the vaccine is safe and effective and are leaving it up to individual countries to make their own decisions, according to Anthony Harnden, deputy chair of the UK’s Joint Committee on Vaccination and Immunisation. There aren’t a lot of options for many countries.

“This is important for the whole world,” he said.

Countries in Africa, such as Namibia, Ivory Coast and Senegal, said they will go ahead with plans to administer the doses as they arrive, pointing to comments backing the vaccine from regulators and the WHO. Cameroon had previously stopped Astra inoculations.

“For Namibia this changes nothing,” Namibian health minister Kalumbi Shangula said. “It has not been conclusively demonstrated in clinical settings. We still plan to administer the vaccine when we get it.”

The UK’s move to avoid giving the shots to young adults follows an evaluation by the country’s Medicines and Healthcare Products Regulatory Agency that evidence of a link between the vaccine and the sometimes deadly clots is “stronger, but more work is still needed.”

AstraZeneca said it’s studying the individual cases to understand the “epidemiology and possible mechanisms that could explain these extremely rare events.” It’s also working with regulators on their request for new labels on its shots, it said in a statement.

UK health officials described the clotting syndrome as similar to a rare side effect of treatment with heparin, an anticoagulant, in which the body forms antibodies against blood platelets. How or why the vaccine might be involved in such a process is still under investigation.

The European Medicines Agency said that unusual blood clots with low platelets should be listed as very rare side effects, athough the regulator didn’t issue any guidelines on age.

The EMA’s analysis was based on a review of 86 instances that had been reported as of March 22, including 18 fatalities. Some 25 million people had received the Astra shot in the UK and Europe by that point. On April 4, there had been 222 reported instances of that type of clotting out of about 34 million people, the agency said.

So far, most of the cases occurred in women under the age of 60, taking place within two weeks of vaccination. The events generally occurred after people received their first dose, so it’s unclear how a second dose might affect people, health officials said.

Many countries have populations that are significantly younger than in Europe, potentially pointing to a higher risk of the clotting, even if it remains very rare. For now, it’s unclear how the data will be interpreted globally, particularly in developing nations that had been banking on widespread use of the shot.

“I believe that the epidemiological data show that the natural infection is far worse than the severity of the side effects of the vaccine,” Washington University’s Kinch said.

US moves to drop charges against Chinese researcher arrested on visa…

Asset returns will be low for next five to 10 years: GIC

One million Covid-19 vaccine doses from US due in Malaysia…

Germany to ramp up Covid-19 vaccinations in race with Delta…