Bali, Jakarta bombings suspect Hambali to be tried on Aug 30 by US military 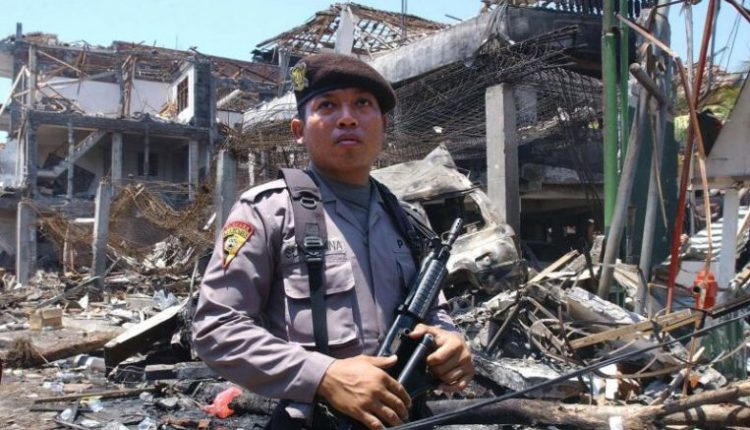 WASHINGTON – The world will soon get a new look at the man accused of plotting the October 2002 bombing in Kuta, Bali that killed 202 people, and the 2003 attacks at the JW Marriot and Ritz Carlton hotels in Jakarta that killed 11.

Riduan Isamuddin, also known as Hambali, and his two associates will face a formal arraignment in front of a military commission in Guantanamo Bay on Aug 30.

It has been some 18 years coming. Hambali, now around 57, was captured in Ayutthaya, Thailand on Aug 14, 2003 in a joint US-Thai operation and transferred to Guantanamo in September 2006.

He is believed by investigators to have masterminded the strategy of the Jemaah Islamiyah (JI) terror organisation previously linked to al-Qaeda and later to Islamic State, of striking at soft targets.

Hambali was not formally charged with any crime but remains wanted in Malaysia, Singapore and the Philippines in connection with terrorist plots.

In December 2001, 15 JI operatives were arrested in Singapore for planning attacks on government buildings, embassies and US servicemen in the Republic.

In 2002 came the Bali bombing – the worst terrorist attack ever on Indonesian soil. Then in 2003, the group carried out the twin suicide bombings on the JW Marriot and the Ritz Carlton in Jakarta.

Two others who will stand trial with him are Mohammed Nazir bin Lep, alias Lillie, and Mohammed Farik binAmin, also known as Zubair.

An appendix provides a long list of other aliases of the three.

The charge sheet dated April 2019 lays out, in chilling detail, planning by the three as “principals, as co- conspirators, and as participants” of the Bali and Jakarta attacks, and a string of other plans for attacks against Americans and American interests – including the idea of attacking American servicemen, and sinking an American warship in Singapore.

The three are classified as “alien unprivileged enemy belligerents.”

Defence attorneys appointed by the military will speak in their defence. One of the principal points they will be making is that Hambali was tortured in detention.

Additionally, the charge sheet states that “From on or about August 1996 to on or about August 2003, at multiple locations in or around Afghanistan, Southeast Asia and elsewhere, the three knowingly conspired and agreed with… Usama bin Laden, Khalid Shaikh Mohammad, Abu Ba’aysir, Abdullah Sungkarand others, known and unknown.”

The Pakistani militant Khalid Shaikh Mohammad is accused of masterminding the Sept 11, 2001 attacks in the US and is also being held at the Guantanamo Bay prison under terrorism-related charges.

As the 20th anniversary of the Sept 11 attacks approaches, Khalid Shaikh Mohammad may also finally see a long-delayed formal trial. In summer 2019, a military judge set the date for January 2021, but amid the Covid-19 pandemic, it was again postponed. A new date has not been set.