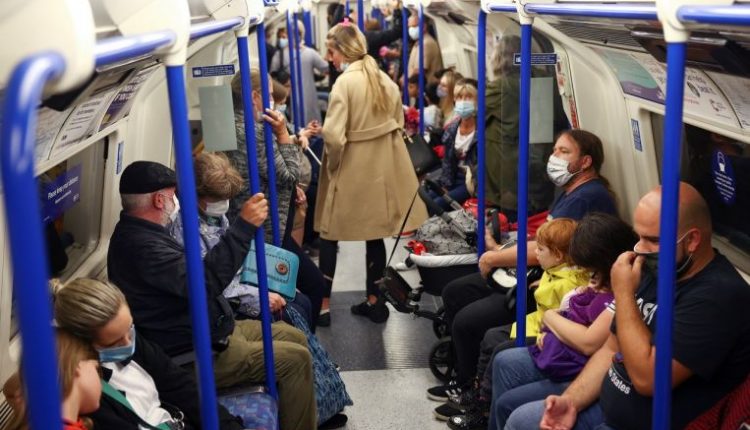 LONDON – Britain reported a drop in new coronavirus cases for a fifth consecutive day, a potential boost for Prime Minister Boris Johnson after a chaotic week since the lifting of pandemic restrictions.

A total of 29,173 new infections were recorded on Sunday (July 25), down from 31,795 on Saturday, according to data from Public Health England. New cases were in excess of 50,000 on July 17, but have since been on a downward trend, the data shows.

Yet data in the coming days and weeks will be crucial: Venues such as nightclubs were allowed to re-open on July 19, and any potential impact of this re-opening could yet push up infections. Health Secretary Sajid Javid has previously warned that new cases could peak at 100,000 per day.

Johnson’s government has sought to encourage a return to normal life over the summer, dropping social-distancing rules and doing away with mandatory mask-wearing. Britain’s premier has argued that now is the best time to ease restrictions, with a majority of the population having received two vaccine doses and schoolchildren on their holidays. Johnson has said he’d rather infections rose now than in the fall and winter, when more people are indoors and the National Health Service is under greater strain.

The declining virus data is also respite for Johnson after a politically tricky few weeks. He spent the second anniversary of his premiership on Saturday in self-isolation after coming into contact with Javid, who later tested positive for the virus. He’s also come under fire for his handling of the so-called “pingdemic”, with critical parts of the economy under stress due to many workers isolating.

At the same time, a YouGov poll published on Saturday indicated that Johnson’s Conservatives’ lead over the opposition Labour Party dropped from 13 points to 4, the narrowest gap between the two parties in YouGov polling since February.

Lufthansa pilots to strike on Friday for ongoing wage dispute

News-tip Sep 1, 2022
FRANKFURT – Pilots at Lufthansa will strike on Friday, a labour union said on Wednesday, in an…

‘Anxious’ Khloe Kardashian has ’emotional trauma’ in her brain

US stocks back in the red as Apple slumps

Football: Denmark’s Qatar World Cup kit to be toned down

Pentagon plans to set up a new command to arm Ukraine

DBS offers similar rate as HDB for housing board flats

At least 200,000 Russians have left Russia since Putin draft began