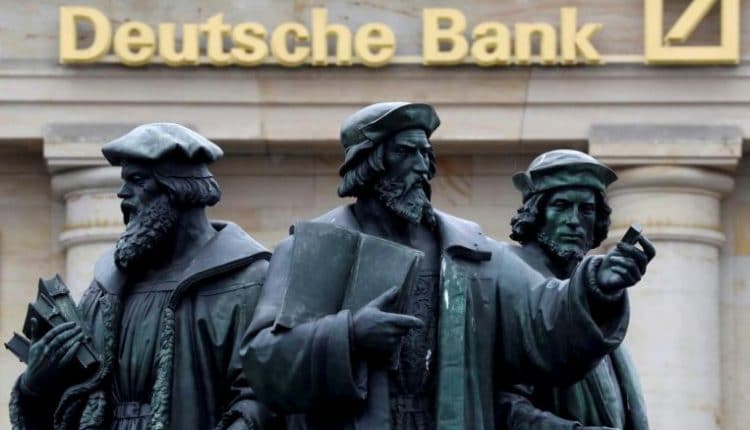 HONG KONG – Deutsche Bank has added nine Standard Chartered bankers to its team servicing wealthy clients in China and Hong Kong, according to a person familiar with the matter, continuing a raid on its London-based rival that began with the hiring of Boris Kwok.

The appointments, which were made in recent months, bring Deutsche Bank’s total hires from Standard Chartered for its private bank to about 30 this year, the person said, asking not to be identified as the matter is private. In January, the German lender recruited Mr Kwok as group head of wealth management in North Asia, with a focus on China. Mr Kwok, an 18-year veteran of Standard Chartered, was most recently market head of its China team.

“We remain keenly focused on the significant opportunity in China, and are growing our team to meet rising client demand,” Kanas Chan, Deutsche Bank’s head of North Asia wealth management, said in a statement to Bloomberg. “We continue to seek and attract the best talent in the industry to support our growth strategy for this year and beyond.”

“Following the departure of the team to Deutsche Bank last year, attrition has slowed significantly in Hong Kong, with only 10 relationship managers departing this year,” Standard Chartered said in a statement. In the past two years, 25 have joined from another bank alone. The percentage of senior relationship managers has risen from 15 per cent to 40 per cent in the past four years, it said.

Household wealth in China grew 4.4 per cent in the first half of the year even as the coronavirus pandemic led to a decline of individual wealth in most countries, according to Credit Suisse’s 2020 Global Wealth Report.

Deutsche Bank chief executive officer Christian Sewing is targeting wealth management – with a particular focus on Asia – for expansion, even as the lender implements sweeping cuts and an overhaul by 2022. The bank ranks 11th by assets under management in Asia excluding China, according to Asian Private Banker.

Standard Chartered, meanwhile, recently cut jobs at its private-banking unit in London and Dubai, as the emerging-markets lender trims its global workforce to cut costs. The bank said it remains committed to developing its business in the West.

Kremlin declines to comment on US election outcome until results final

Ant employees expected a windfall. They got unsellable shares

UK vaccinates over 20 million people with at least one dose

Ant faces another setback in curbs on joint lending with…

HSBC top executives preparing to relocate to Hong Kong as…

DBS faces lawsuits in India over takeover of Lakshmi Vilas…