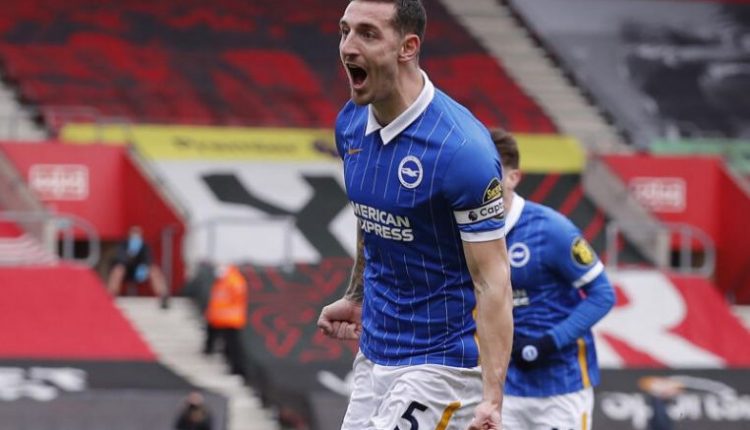 LONDON – Brighton & Hove Albion secured their first Premier League win over Southampton as goals from Lewis Dunk and Leandro Trossard led them to a 2-1 victory at St Mary’s Stadium on Sunday (March 14).

Brighton captain Dunk scored the opener with a thumping header into the bottom corner in the 16th minute after midfielder Pascal Gross curled the ball into the penalty area.

Southampton drew level 11 minutes later through forward Che Adams who volleyed home after Dunk had failed to clear the ball inside the box.

It was the English forward’s third goal in as many league games.

Brighton regained the lead in the 56th minute when Belgian Trossard fired from 12 yards out following a through pass from striker Danny Welbeck who was set up on the edge of the box by midfielder Adam Lallana.

Brighton climbed one place up the table to 16th, on 29 points after 28 games, three points above the relegation zone.

Southampton, who topped the standings in November, are 14th with 33 points from 29 matches.

Federer, Osaka among those named to US Open field

US eye revenge as familiar foes kick off women’s football

US moves to drop charges against Chinese researcher arrested on visa…

Asset returns will be low for next five to 10 years: GIC

Cycling: Trial and no errors as Pogacar primed for Tour de…

Oosthuizen chases down Morikawa to lead Open at halfway…