Malang: The teaser of the title song will make you go from one high to another 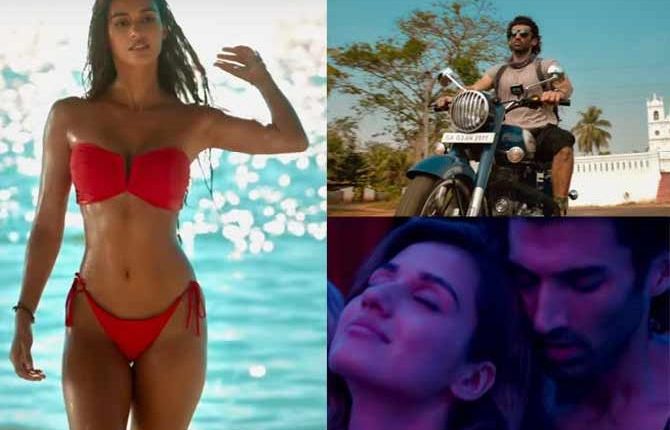 The trailer of Malang was high on style and kept the curiosities of the audiences piqued. There’s not much that was given away in the promo by way of plot. And now, the makers have released the teaser of the title song and it will take you from one high to another, as Disha Patani says in the film.

The teaser starts with a slow-motion shot of Patani walking out from the sea in a red bikini and scorching the screens with her smoldering persona. And then comes Aditya Roy Kapur, who falls in love with this mysterious woman. In this teaser, we see their romance and passion, and we’ll get a closer look at their love when the full song comes out tomorrow on January 16.

Mohit Suri, who directs the film, has kept his reputation of chartbuster music alive. But not only that, but Malang also has completely different camerawork as compared to his earlier films, maybe that has to do with the violent nature and unpredictability of his idiosyncratic characters.

The film stars Anil Kapoor, Aditya Roy Kapur, Kunal Kemmu, and Disha Patani in crucial roles, and all of them have one reason to kill. All set to release on February 7, this Valentine’s Week will be full of blood!

On the work front, after Malang, Disha will reunite with Tiger Shroff for Baaghi 3 but just for a song that will be the remixed version of Dus Bahane from 2005’s Dus, and this will be followed by a small-town comedy titled KTina, produced by Ekta Kapoor. Coming to Aditya, he has a lot of films lined-up as well. After Malang, he’ll gear up for Anurag Basu’s Ludo, Mahesh Bhatt’s Sadak 2, and Mohit Suri’s Ek Villain 2.

News-tip Sep 28, 2021
NEW YORK – US Open champion Emma Raducanu will play in her first tournament since stunning the tennis…

Kim Kardashian donates thousands of dollars to family in need

Freddie Highmore reveals he is a married man

China tech stocks slide as tensions with US rise again