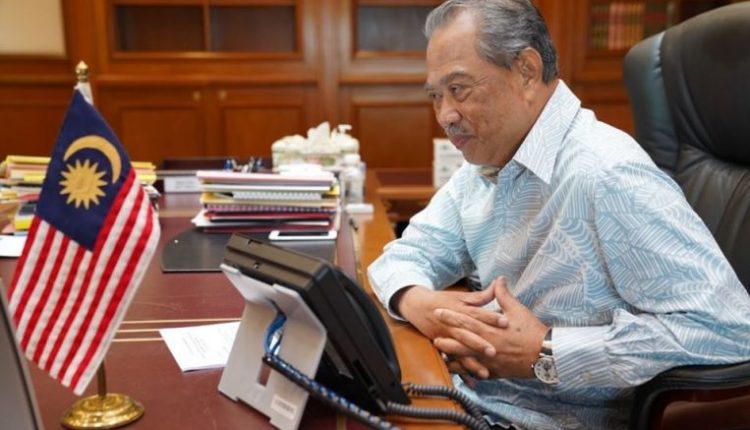 In a statement on Sunday, the Ministry of Foreign Affairs said the two leaders also had a good discussion on the strong and positive relationship between their countries.

Both prime ministers also agreed that their governments should continue to work together to overcome the common challenges posed by the Covid-19 pandemic.

“The Prime Ministers welcomed the steadfast progress that both sides have made in a wide-ranging slate of bilateral initiatives, including ongoing cross-border connectivity projects and the movement of people,” the ministry added.

In an earlier call on June 26, PM Lee and Tan Sri Muhyiddin had discussed the gradual and phased resumption of cross-border travel between Singapore and Malaysia.

During that call, both prime ministers agreed that a reciprocal green lane would be established between both countries to facilitate cross-border travel for essential business and official purposes.

Travellers would have to adhere to a set of Covid-19 prevention and public health measures, which are under discussion and will have to be mutually agreed upon .

The leaders also agreed to a periodic commuting arrangement to allow Singapore and Malaysia residents, who hold long-term immigration passes for business and work purposes in the other country, to periodically return home for short-term home leave.

Following Sunday’s call, Mr Muhyiddin said in a Facebook post that he expressed the hope that discussions on both initiatives could be concluded and that they could be implemented soon.

He also said he was confident that bilateral ties will continue to grow under PM Lee’s leadership.

“As neighbours and close partners in Asean, ongoing cooperation between Malaysia and Singapore will benefit people of both countries in terms of economic growth, peace and prosperity,” he wrote.

Biden pledges ambitious climate action. Here’s what he could actually do

Submission of names for Nominated MPs to begin on Oct 26

How Trump and Biden are gearing up for the last presidential…

Barack Obama Is The Face Of The Democrats’ Closing…

Microphones Will Be Automatically Muted During The Final…

Over $5.5b to be paid out in Jobs Support Scheme from Oct 29

US Senate to vote this week on ‘skinny’ coronavirus pandemic…