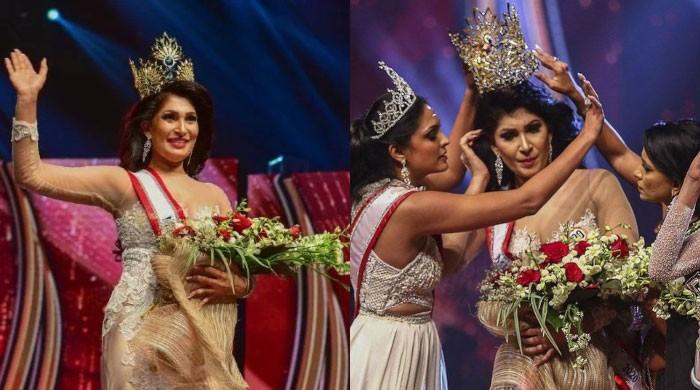 The winner of Mrs Sri Lanka on Sunday sustained head injuries as her crown was aggressively removed in an on-stage brawl.

The ceremony took place on national television in which the winner Pushpika De Silva was being crowed as the winner of Mrs Sri Lanka.

However, 2019 winner Caroline Jurie snatched De Silva’s crown saying that she was a divorced woman and therefore was wrongfully claimed as the winner.

She proceeded to place the crown on the runner-up as De Silva tearfully walked off stage.

“There is a rule that prevents women who have already been married and are divorced, so I am taking steps to make the crown go to second place,” Jurie told the audience.

Upon investigating Jurie’s claims, pageant organisers found that De Silva was not a divorcee.

While organisers have apologised to De Silva, who is separated but not divorced, she will proceed with legal action over the “unreasonable and insulting” way she was treated on stage

Johnson grouped with Westwood and Strafaci for Masters title defence

Kourtney Kardashian Said “No One Wanted” A Show About Her…

Demi Lovato admits she feels ‘the most beautiful’ sans…

Victoria Beckham makes fans want a lot with her fashion…

Janet Jackson selling collection of personal items in a…