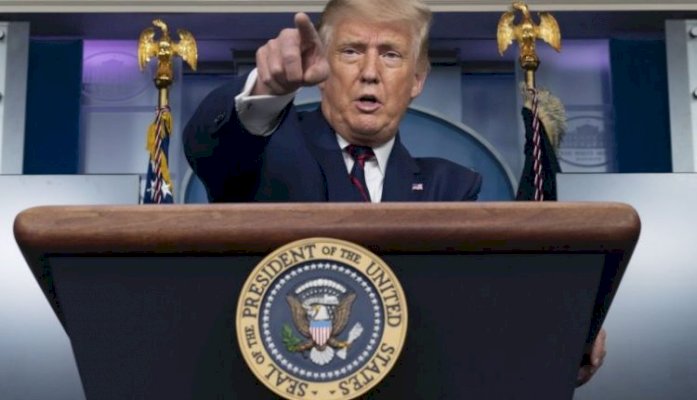 WASHINGTON – President Donald Trump admitted that he tried to minimise the lethal threat of the coronavirus early on in the pandemic, according to excerpts reported on Wednesday (Sept 9) from a new book by veteran US journalist Bob Woodward.

“I wanted to always play it down,” Trump said, in an interview with Woodward on March 19, according to a CNN preview of the book Rage, due to be published Sept 15.

“I still like playing it down, because I don’t want to create a panic,” he said, in the conversation with Woodward, which was recorded.

By contrast, in earlier interviews with Woodward, he made clear he understood that the virus was “deadly stuff” and far more dangerous than the ordinary flu.

In public, however, Trump had been repeatedly telling Americans that the virus should not be considered much of a danger and would “disappear” by itself.

It took until July before Trump wore a face mask in public.

Early on, he also frequently praised the Chinese government’s response, only later pivoting to blame Beijing for the global health crisis.

The president has repeatedly insisted that he has managed the pandemic successfully, pointing to his early decisions to ban travel from China, where the virus first appeared, and from hotspots in Europe.

However, opinion polls show some two-thirds of Americans disapprove of Trump’s actions.

White House press secretary Kayleigh McEnany told reporters that Trump’s only motivation in downplaying the dangers had been to reassure the public.

“The president has never lied to the American public on Covid.”

Hungarian president to travel to Kyiv, invited by Ukraine

Russian state journalist killed by stray bullet at Crimea base

Marilyn Monroe belongings auctioned including note from her father