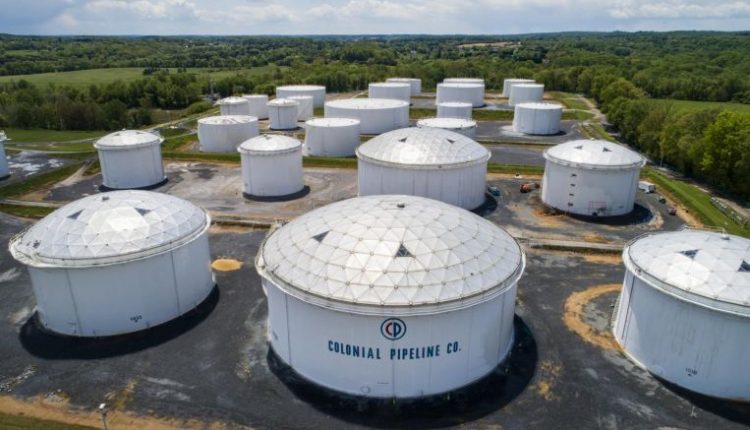 NEW YORK -Crude oil climbed along with petrol in New York after a cyber attack put the largest oil-products pipeline in the United States out of action.

West Texas Intermediate and Brent both rose as petrol surged as much as 4.2 per cent to the highest since May 2018, before paring gains.

Colonial Pipeline, a supplier of petrol, diesel and jet fuel to the eastern US, was forced to halt operations late on Friday (May 7), and said on Sunday that it is still working towards a restart of the key artery that’s vital to energy flows across the country.

In addition to the unpredictability about when the pipeline’s full capacity will be restored, the fallout will be determined by the geography of the company’s US network and the progress in tackling the pandemic as gasoline and jet fuel demand picks up before summer.

While a rush for replacement products could emerge on the East Coast – leading traders to source cargoes from Europe or Asia – Gulf Coast refiners may have to trim runs, hurting US crude demand.

“For now, the market is giving the company the benefit of the doubt that this will be resolved in short order,” said Mr John Kilduff, founding partner at Again Capital. Still, “the pain at the pump will go national, if New York Harbor and other East Coast supply points see supplies dwindle,” he warned.

Oil has surged by about a third this year as the rapid roll-out of coronavirus vaccines across the US and Europe prompted the lifting of social-distancing measures and travel curbs.

Consumption of fuels, including petrol and jet fuel, has been on the mend as millions of people return to work, boosting personal mobility and the use of cars. The pipeline’s unexpected outage introduces a new wild card into what was already an complex situation for oil traders just a few weeks after a blockage of the Suez Canal roiled global markets.

The Colonial network is the main source of petrol, diesel and jet fuel for the East Coast, with capacity of about 2.5 million barrels a day on its system from Houston as far as North Carolina, and another 900,000 barrels to New York.

Petrol stockpiles have hovered near a four-month low since March, while diesel inventories are just above the five-year average for this time of year.

The shutdown is likely to cause fuel pile-ups, as well as shortages, along different parts of the extended supply chain, and there’s concern that some refineries may be forced to reduce processing rates.

“If it is prolonged you would expect that refiners would need to start reducing run rates,” said Mr Warren Patterson, head of commodities strategy at ING Group. “Gasoline stocks on a national level are fairly low, but if you look at the US Gulf Coast, they are above the five-year average.”

Traders and shippers are seeking vessels to deliver petrol that would have otherwise gone via the Colonial system, according to people familiar with the matter.

Others are securing tankers to store gasoline in the Gulf, they said.

Amid the disruption, there could also be calls to suspend Jones Act, according to Again Capital’s Mr Kilduff. The law requires goods shipped between US ports to be moved on vessels built, owned and operated by the nation’s citizens or permanent residents. Even before Colonial’s system was forced offline, petrol had rebounded strongly this year on rising demand from motorists.

US refiners were ramping up output for summer demand, with the biggest spike expected at the start of the Memorial Day holiday on May 31, a three-day weekend for most Americans.

Malaysia’s Carsome weighs US listing with Spac as option

US stocks dip as Fed inches closer to policy shift

Japan exports jump, machine orders up in sign of recovery

After the pandemic, a wave of spending by older consumers