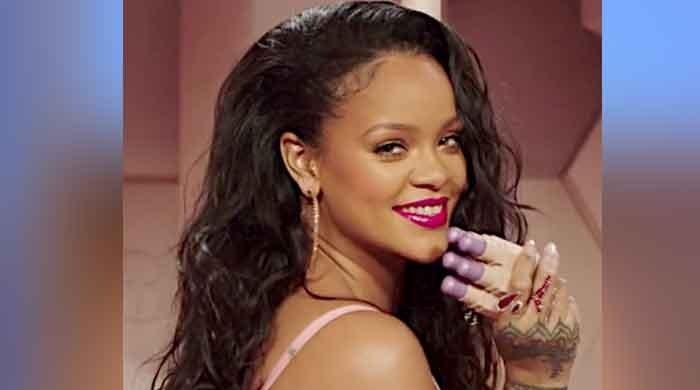 Rihanna delighted fans as she shared words about her new music saying new album will be ‘different level’.

The singer’s  fans got super excited as she dropped hints about her new album,  saying  she ‘wants her new music to be on a different level’.

Teasing her plans for 2021, Rihanna said quarantine helped her ‘creativity blossom’ as it gave her an opportunity to take a break.

Speaking with Closer, Rihanna said: ‘At first it was strange because I am not used to being still – but during quarantine you have no choice but to be still. Then you start to realise during lockdown you are stuck there with your own thoughts and your imagination and it really helped my creativity blossom.’

Previously, the singer shut down talk of a new music, saying she’ll drop another album when she’s ready. She even asked fans  to stop asking as she was trying to save the world during a global pandemic.

In her new interview, Rihanna revealed:  ‘2021 is a little unknown for everybody and nobody is sure what restrictions there are going to be. My creativity is within my control though, and I want to take my music and my brands to a different level.’

Fans have been hot on asking the ‘Work’ hit-maker about her record though the year– with even Ariana Grande begging the star to release new music. Rihanna dropped her last album Anti in 2016.

Abraham at the double as Chelsea sink West Ham

Singapore & Zhejiang to step up work in areas like trade

Tiffany Haddish opens up on her desire to become a mother

China’s rocket out of control but risk of damage low, say experts

News-tip May 8, 2021
PARIS – China’s rogue rocket is in an uncontrolled free-fall towards Earth and no one knows where or exactly when…

Hiccups in Singapore’s political transition process are to be expected

Unease as Spain set to exit Covid-19 state of emergency

Biden says US must invest because China ‘eating our lunch’

Naomi Osaka Is Launching Her Own Skincare Line

Nikki Bella and More Celeb Parents Get Real About Postpartum…