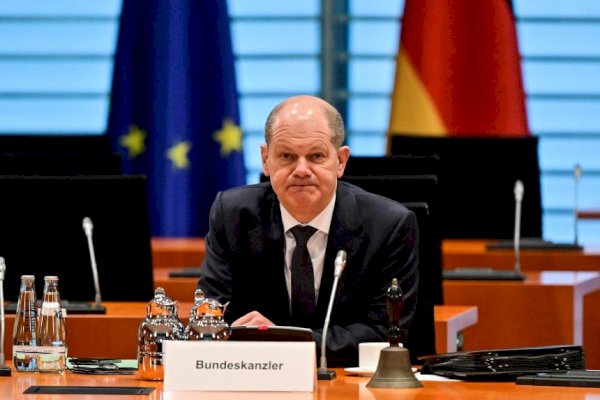 BERLIN – Chancellor Olaf Scholz said on Wednesday (April 13) he was “irritated” by Kyiv’s rejection of a proposed visit by Germany’s president, a snub that has ruffled diplomatic feathers at a time when the war-hit nation is seeking more weapons from Berlin.

The Ukrainian presidency has instead said it wants to welcome Scholz to Kyiv, but the chancellor indicated he had no plans to visit anytime soon.

Asked by RBB public radio when he would follow in the footsteps of other EU leaders and travel to Kyiv, Scholz dodged the question and stressed his “very regular” phone calls with President Volodymyr Zelensky.

Berlin has reacted with dismay to President Frank-Walter Steinmeier’s revelation on Tuesday that he had offered to visit Ukraine, but Kyiv had told him he was “not wanted” right now.

The move against Steinmeier – a former foreign minister who recently acknowledged “errors” in a too conciliatory stance towards Moscow in the past – was widely seen as a diplomatic affront in Germany.

Scholz said he was “irritated, to put it politely”, noting that Steinmeier had strongly condemned Russia’s aggression.

“It would have been good to receive him,” he told RBB.

Ukrainian presidential adviser Oleksiy Arestovych told German public television on Wednesday it had not been Zelensky’s intention to offend Berlin.

“I think the main argument was different – our president expects the chancellor, so that he (Scholz) can take direct practical decisions, including weapons deliveries,” he told broadcaster ZDF.

The German president has a largely ceremonial role, while the chancellor heads the government.

The spat comes as Scholz is facing growing pressure to step up support for Ukraine in the face of the seven-week-old Russian invasion which has cost the lives of thousands of civilians.

Arestovych said the fate of the strategic port city of Mariupol and the civilian population of eastern Ukraine “depends on the German weapons we could get”, but that have not been promised.

Time is of the essence because “every minute that a tank doesn’t arrive… it is our children who are dying, being raped, being killed,” Arestovych said.