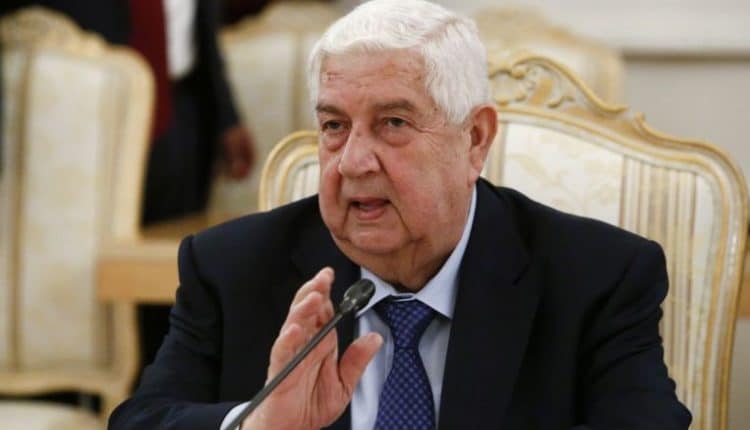 There were no details on the cause of death, but the 79-year old had for years been in poor health with heart problems.

Moalem was first appointed foreign minister in 2006 and also held the post of deputy prime minister.

The veteran diplomat saw his country’s tilt further towards Iran and Russia, which have helped shore up Assad’s rule and allowed the authoritarian leader to regain most of the territory he once lost to insurgents.

Syria erupted into civil war nearly a decade ago after Assad in 2011 began a brutal crackdown on protesters calling for an end to his family’s rule.

Moalem accused Washington and the West of fuelling the country’s unrest and labelled armed insurgents as “terrorists” in a conflict that has cost tens of hundreds of thousands of deaths and led to the exodus of millions of refugees.

Venezuela kicks out head of EU delegation after new sanctions

Officials at hearing point to security, intel failures in US Capitol riot

News-tip Feb 25, 2021
BUDAPEST – Bernardo Silva scored once and set up another as Manchester City eased to a 2-0 victory over Borussia…

Heathrow optimistic for year ahead despite huge losses

United engine failure spurs Boeing 777 groundings in US and…

Saudi women can join military in latest widening of rights

Iran studying EU-proposed informal meeting with US over…

US warns China on force at sea, again rejects claims on…

Biden blames Trump over coronavirus vaccines during visit to…