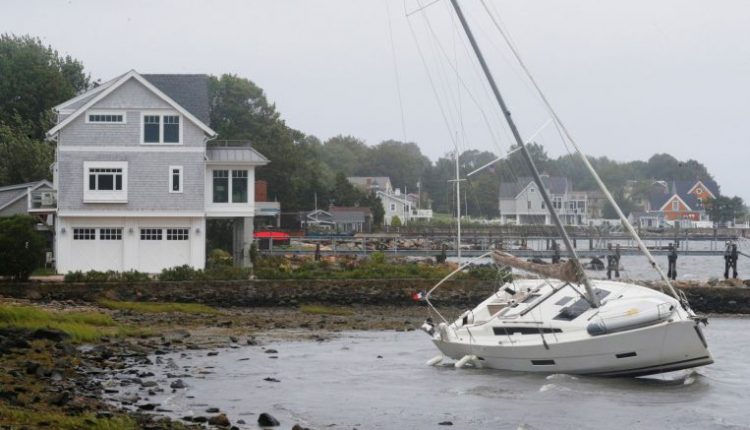 NEW YORK – A somewhat subdued Tropical Storm Henri spun over Rhode Island on Sunday (Aug 22), but not before a drenching rainstorm submerged a star-studded concert meant to mark New York City’s emergence from the worst of the coronavirus pandemic.

A light rain that turned into a downpour on Saturday night sent thousands of music fans at the free “Homecoming Concert” in Manhattan’s Central Park streaming for the exits in the middle of a performance by Barry Manilow, who continued to sing for a while even after his audio was cut off.

Performers who did not get to go on because of the concert’s abrupt ending included Bruce Springsteen, Elvis Costello and the Killers.

Thousands of concertgoers, some still lining up to get in as the show was emptying out, had navigated through an airport-style security checkpoint where they also had to show proof of vaccination against the coronavirus to gain entrance.

The concert had been promoted for weeks by Mayor Bill de Blasio to show the city’s resilience against the pandemic. read more

Its unplanned early ending as Henri, then still a low-level hurricane, churned up the Eastern Seaboard, left CNN, which was broadcasting it live, with air time to fill, which it did in part by having Manilow call into the network and sing.

The storm made landfall near Westerly, Rhode Island, at about 12.15pm EDT (1615 GMT) on Sunday, the US National Hurricane Center (NHC) said. Its estimated maximum sustained winds of about 95kmh were 22kmh short of hurricane strength.

Storm surge warnings were still in place for most of Long Island and southern New England with predicted coastal surge ranging from 0.6 to 1.2m in many areas.

“Certainly, we have a concern about the surge,” Newport, Rhode Island, Mayor Jeanne-Marie Napolitano told MSNBC, noting that it could be exacerbated by the incoming high tide and full moon on Sunday night.

As Henri’s winds weakened, most of the concern shifted to the potential for flooding, with the NHC predicting rainfall amounts of 7.5-15cm in much of the affected region as the storm’s movement was expected to slow over land.

“Heavy rainfall from Henri may result in considerable flash, urban, and small stream flooding, along with the potential for widespread minor to isolated moderate river flooding,” the NHC said.

“We already have saturated ground, so the absorption capacity of the ground is limited, and that’s what makes this level of rainfall especially problematic,” Cuomo said at a briefing.

President Joe Biden on Sunday authorised the Federal Emergency Management Agency to coordinate disaster relief efforts in New York if they are needed.