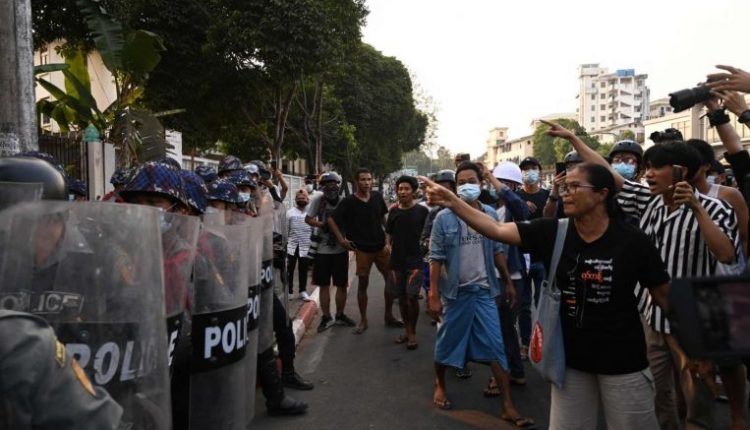 WASHINGTON – The United States on Thursday (Feb 18) called jointly with Australia, India and Japan for strengthening democracy in Asia and reversing Myanmar’s coup as President Joe Biden renewed the so-called “Quad” alliance despite objections from China.

In a statement that made no explicit mention of China, the US said new Secretary of State Antony Blinken’s conversation with his counterparts focused on Mr Biden’s signature priorities of fighting Covid-19 and climate change.

The Biden administration has vowed to put a new focus on alliances after Mr Donald Trump’s turbulent tenure and said its pressure campaign on Myanmar will include close cooperation with Japan and India, which have preserved cordial relations with the country’s generals.

India, which has distanced itself from Western efforts to slap new sanctions on Myanmar, was more cautious in its statement on the Quad talks, saying External Affairs Minister Subrahmanyam Jaishankar emphasised the “upholding of rule of law and the democratic transition”.

The Quad ministers agreed to meet at least once a year. They last held talks in Tokyo in October when Mr Blinken’s predecessor Mike Pompeo, in a marked difference of tone, urged an alliance to stop Beijing’s “exploitation, corruption and coercion” in the region.

China’s state-run Global Times in an article ahead of Thursday’s talks warned that Beijing can retaliate economically if the Quad crosses its “red lines” in Asia.

It quoted an analyst as voicing concern that the US wanted to turn the Quad into a “complete anti-China club” and said Mr Biden was turning to multilateralism to declare that “Captain America is back”.

Launched in 2007, the Quad was an idea of Japan’s then Prime Minister Shinzo Abe, a hawk who was eager to find partners to balance a rising China.

While Australia and India had initially been cautious about antagonising China, the Quad format has expanded in recent years as both nations’ relationships deteriorate with Beijing, with the four nations holding joint naval exercises in November off India’s shores.

Chinese state media had put pressure on India, saying that it had the cards to stop the Quad and warning against riding the US “anti-China chariot”.

India has historically insisted on non-alignment in its foreign policy but tensions have soared since last year when a pitched battle in the Himalayas left at least 20 Indian troops dead as well as an unknown number of Chinese casualties.

Raising speculation on the Quad’s future, India did not use the term in its statement on Prime Minister Narendra Modi’s first call with Mr Biden since his inauguration, speaking more generally of the importance of “working with like-minded countries”.

India called for a “free, open and inclusive Indo-Pacific,” adding an additional nuance to the White House’s description of only “a free and open Indo-Pacific” built in part through the Quad.

IATA latest to call on government to reopen aviation sector

US dials back probe of Chinese scientists on visa fraud charges

US dials back probe of Chinese scientists on visa fraud charges

US moves to drop charges against Chinese researcher arrested…

US extends travel curbs at Canada, Mexico land borders in…