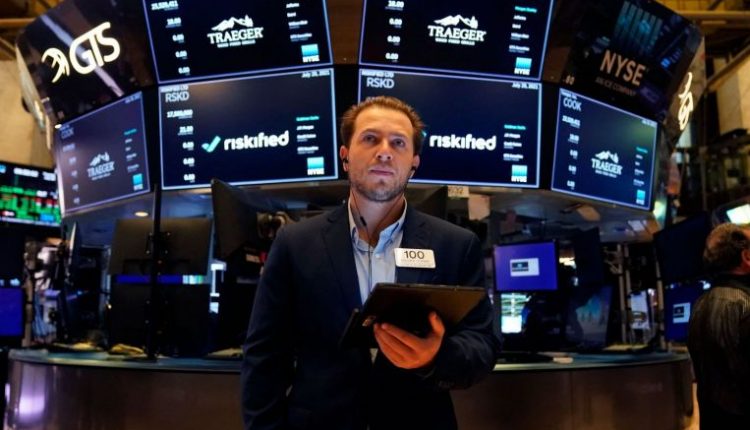 NEW YORK – Wall Street stocks advanced on Thursday (July 29) following solid US growth data and earnings, but Facebook dropped on disappointment over its outlook and Robinhood sank in its Nasdaq debut.

The US economy returned to its pre-pandemic level in the second quarter, but the 6.5 per cent annualised rate of expansion, while good, was slower than expected.

Meanwhile, Ford and Comcast were among the companies to advance after reporting better-than-expected results.

Earnings have been “spectacular,” said Art Hogan, chief strategist at National Securities, adding that investors were also pleased at the Federal Reserve’s restatement Wednesday of a pledge to maintain stimulus for longer.

But shares tumbled 4 per cent as it warned that growth was expected to slow due to regulatory actions and a tweak to the Apple iPhone operating software that could hurt its ad targeting.

Robinhood Markets dropped 8.4 per cent in the Nasdaq debut of the fast-growing stock trading app that boasts a young customer base, but is seen as facing outsized regulatory concerns.

Nikola said it no longer has any connection to Milton, but CFRA Research said the news underscores the litigation risk that still faces the company.

Disney reacts to Scarlett Johansson after actor’s lawsuit against them

China power crunch is next economic shock beyond Evergrande

News-tip Sep 27, 2021
Daniel Craig said his final and fifth outing as the British secret agent in “No Time To Die” allowed him to fully…

German SPD edges ahead of conservatives in vote to decide Merkel…

Lionel Messi ruled out of PSG Ligue 1 game against Montpellier

US Fed says may ‘soon’ be time to remove stimulus

US stocks try and fail to rally after Evergrande shock