US, UK, Germany clash with China at UN over Xinjiang 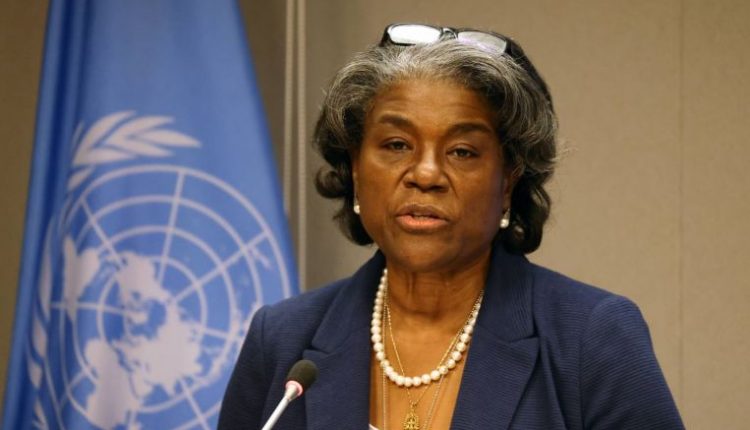 NEW YORK – The United States, Germany and Britain clashed with China at the United Nations on Wednesday (May 12) over the treatment of Uighur Muslims in Xinjiang, angering Beijing by hosting a virtual event that China had lobbied UN member states to stay away from.

“We will keep standing up and speaking out until China’s government stops its crimes against humanity and the genocide of Uighurs and other minorities in Xinjiang,” US Ambassador to the UN Linda Thomas-Greenfield told the event, which organisers said was attended by about 50 countries.

Western states and rights groups accuse Xinjiang authorities of detaining and torturing Uyghurs and other minorities in camps. Beijing denies the accusations and describes the camps as vocational training facilities to combat religious extremism.

“In Xinjiang, people are being tortured. Women are being forcibly sterilised,” Thomas-Greenfield said.

In a note to UN member states last week, China’s UN mission rejected the accusations as “lies and false allegations” and accused the organisers of being “obsessed with provoking confrontation with China.”

While China urged countries “NOT to participate in this anti-China event,” a Chinese diplomat addressed the event.

“China has nothing to hide on Xinjiang. Xinjiang is always open,” said Chinese diplomat Guo Jiakun. “We welcome everyone to visit Xinjiang, but we oppose any kind of investigation based on lies and with the presumption of guilt.”

The event was organied by Germany, the United States and Britain and co-sponsored by Canada, Australia, New Zealand and several other European nations. Germany’s UN Ambassador Christoph Heusgen said countries who sponsored the event faced “massive Chinese threats,” but did not elaborate.

British UN Ambassador Barbara Woodward described the situation in Xinjiang as “one of the worst human rights crises of our time,” adding: “The evidence … points to a program of repression of specific ethnic groups.” She called for China to allow “immediate, meaningful and unfettered access” to UN human rights chief Michelle Bachelet.

“I’m sure she’s busy. You know we all are. But I have a similar global mandate to defend human rights and I couldn’t think of anything more important to do than to join you here today,” Roth told the event.

Ravina Shamdasani, deputy spokesperson for the UN Human Rights office, said Bachelet – who has expressed serious concerns about the human rights situation in Xinjiang and is seeking access – was unable to participate.

“The High Commissioner continues to engage with the Chinese authorities on the modalities for such a visit,” she said, adding that Bachelet’s office “continues to gather and analyse relevant information and follow the situation closely.”

UN to review US record in battling racial discrimination

Trump says FBI is raiding his Florida estate: What legal woes does he face?

Singapore and Japan to enhance cooperation in digital economy

Bella Hadid says she dreamed of working with Issey Miyake

US to send Ukraine US$5.5 billion in new fiscal, military aid