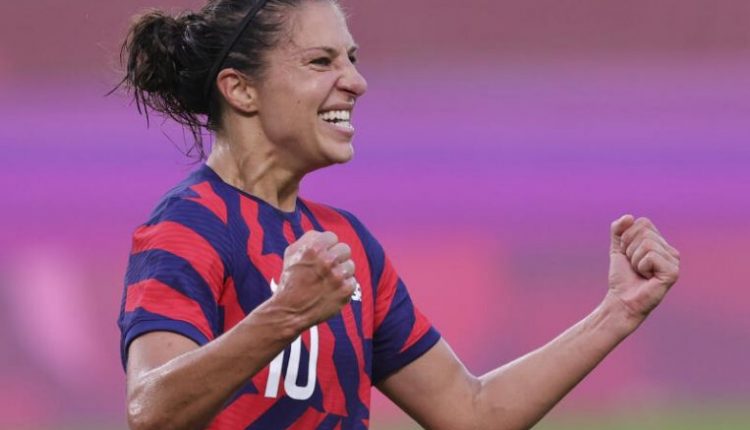 Carli Lloyd, one of the greatest women’s footballers to grace the game, has announced her retirement, US Soccer said on Monday (Aug 16).

The 39-year-old, who was twice named the Fifa Women’s Player of the Year, became the second-most capped player in world football history (312) during a career that included two Women’s World Cups and two Olympic gold medals.

“When I first started out with the national team in 2005, my two main goals were to be the most complete soccer player I could be and to help the team win championships,” said Lloyd, who can play both in midfield and up front.

“Every single day I stepped out onto the field, I played as if it was my last game. I never wanted to take anything for granted, especially knowing how hard it is to get to the top, but even harder to stay at the top for so long.”

US Soccer will soon announce four friendly matches for the women’s national team – two in September and two in October – which will serve as Lloyd’s final games in a US shirt.

Lloyd will also play the remainder of the National Women’s Soccer League 2021 season with NJ/NY Gotham FC before calling time on her professional club career, which has spanned 12 years and six teams.

Football: Denmark’s Qatar World Cup kit to be toned down

Lufthansa pilots to strike on Friday for ongoing wage dispute

News-tip Sep 1, 2022
FRANKFURT – Pilots at Lufthansa will strike on Friday, a labour union said on Wednesday, in an…

‘Anxious’ Khloe Kardashian has ’emotional trauma’ in her brain

US stocks back in the red as Apple slumps

Pentagon plans to set up a new command to arm Ukraine

DBS offers similar rate as HDB for housing board flats

At least 200,000 Russians have left Russia since Putin draft began